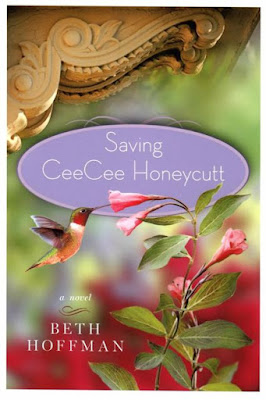 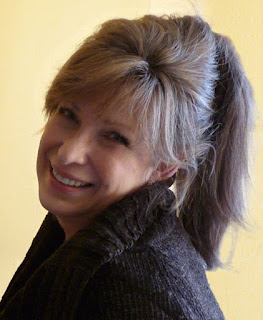 eCee is a sweet, perceptive girl with a troubled family, and this story of the summer that transforms her life is rich with hard truths and charm. This book unfolds like a lush Southrn garden, blooming with vivid characters, beauty, and surprises."

Beth's journey to publication reads much like a Cinderella story. And I heartily concur with her advice to writers looking to get published.

Saving CeeCee Honeycutt is your first novel. Can you tell us about your road to publication? How did you get an agent? And how long did it take to find a publisher?

Within a few hours of sending my e-query to Catherine Drayton of Inkwell Management in New York, she requested the first three chapters. The following day she asked for the entire manuscript. Two days later my email dinged with a message from Catherine. I was certain the email was a rejection and I didn’t want to open it! But when I did, I was delighted to read Catherine's words—she loved my novel.

Catherine phoned shortly thereafter, and we talked for nearly an hour. I liked her immediately and didn’t even need to take a day or two to think about it—I accepted her offer of representation on the spot. She explained that the publishers were at the Frankfurt Book Fair and that she’d wait to send my manuscript to a few selected editors when they returned to their offices. She sent out the submission the following Monday morning.

On Tuesday Catherine called and told me that several publishers were already interested. Within an hour she called back with a staggering offer from Pamela Dorman (of Viking). It was so exciting that it didn’t seem real.

You were the president and owner of an interior design firm in Ohio before writing your novel. How did you make the leap from CEO to novelist?

During the busiest year of my professional life I developed pneumonia and nearly died of septicemia. While convalescing at home, something inside me shifted, and that’s when the longing to write reemerged. I say reemerged because I had loved to write since I was a little girl and had hoped that one day I might write a novel. But I didn’t see how I could fulfill the demands of my career and write at the same time, so I returned to the design studio.

For several years I secretly waffled back and forth, wondering if I really had what it took to write successfully. Then, in 2004, it was like all the planets lined up and I knew that if I were to going to write a novel, it was now or never. I sold my portion of the design business, went home, and began to write. It’s one of the gutsiest things I’ve ever done.

What was the inspiration behind Saving CeeCee Honeycutt?

When I was nine years old, I had taken a train from Ohio to visit my Great Aunt Mildred who lived in Danville, Kentucky. She picked me up at the station and drove me through town, the whole time talking a mile a minute while I craned my neck to see all the lovely old homes and buildings we were passing. When we arrived at her home and I got out of the car, it was culture shock of the best kind. There I was, a shy little girl from a rural farm area, standing in the shadows of towering trees as I peered up at her massive old Greek revival home. I was awestruck.

Everything I experienced and witnessed during my first visit to the South made quite an impression on me. Add to that my fascination with mother/daughter relationships and eccentric personalities, and I had the solid bones of my novel. And lastly, my love of Southern architecture took me to Savannah, and that’s when I had all the ingredients I needed for CeeCee’s story.

What advice would you give to those looking to get their first novel published?

Edit! Edit until you’ll think you’ll die. We writers become almost blind to the flaws in our manuscripts, and it takes discipline to step out of our writer’s shoes and pick up the proverbial red pencil. But I believe that’s the best thing we can do before submitting a manuscript to a literary agent or publisher.

And, there’s one more thing that makes an enormous difference in the final polishing stage of a manuscript: read it out loud as if you’re standing in front of an audience. By hearing your story, you’ll pick up any bumps that need smoothing, and, you’ll know if the dialog rings true. In my opinion, nothing can help a writer edit a manuscript better than reading it aloud.

Who are some of the writers that have influenced you?

I don’t know if I’d say they influenced me per se, but I have always loved the writings of Reynolds Price and the late Laurie Lee.

What's next for you on the literary horizon?

Though I’m certain I’ll write another Southern novel, the details haven’t yet taken form. As soon as my author tour is behind me I’ll have more time to think and develop a storyline.

I'm a big cat lover. Tell us about your three cats.

Sadly, I recently lost my beloved DeeDee Snow to cancer. It was devastating. So my current furry child count is down to two. Both are males and rescues: I found Bob as a kitten six years ago. I followed his footprints through the snow and discovered him huddled beneath my porch. My husband and I rescued Oreo during an ice storm last winter. And our two boys couldn’t be more opposite.

Bob is a huge, solid black bobtail—weighing in at nearly 20 pounds. He’s a momma’s boy and can be standoffish with strangers. Little Oreo is a tuxedo kitty, and he’s the happiest cat I’ve ever known. For Oreo, every day is magical and he’s not ashamed to up and explode through the house with sheer delight. I think Oreo is so grateful to have a home and be loved that he just doesn’t know what to do next.

Before being diagnosed with celiac disease, my absolute favorite restaurant was Barbetta on 46th Street in New York. I adore fine Italian cuisine, and Barbetta’s is out of this world. I’m hopeful that they’ll offer some rice pastas in the future so I can enjoy their fabulous entrees again.

Beth is about to embark on an author tour. Check out her website to see if she'll be making it to your area.

Thanks for stopping by, Beth, and best of luck with the book!
Posted by Wendy Tokunaga at 6:16 PM

I really enjoyed reading this interview! And since I'm a serial over-editor myself, I'm thrilled to know Beth thinks this is a good thing.

I just loved that concept of editing until you think you're gonna die. :-)