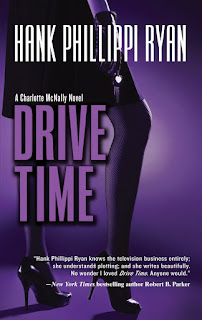 Investigative reporter Charlotte McNally is an expert at keeping things confidential, but suddenly everyone has a secret, and it turns out it may be possible to know too much. Charlie's latest TV scoop--an expose of a dangerous recalled car scam complete with stakeouts, high-speed chases and hidden-camera footage--is ratings gold. But soon that leads her to a brand new and diabolical scheme (incredibly timely!) that could put every driver in danger.

Charlie's personal and professional lives are on a collision course, too. Her fiancé is privy to information about threats at an elite private school that have suddenly turned deadly.

Charlie has never counted on happy endings. But now, just as she's finally starting to believe in second chances, she realizes revenge, extortion and murder might leave her alone again. Or even dead. When everyone has a secret, the real mystery is knowing when to tell.

Award-winning investigative reporter Hank Phillippi Ryan is on the air at Boston's NBC affiliate. Her work has resulted in new laws, people sent to prison, homes removed from foreclosure, and millions of dollars in restitution. Along with her 26 EMMYs, Hank has won dozens of other journalism honors. She's been a radio reporter, a legislative aide in the United States Senate and an editorial assistant at Rolling Stone Magazine working with Hunter S. Thompson.

Her first mystery, the best-selling PRIME TIME, won the Agatha for Best First Novel. It was also was a double RITA nominee for Best First Book and Best Romantic Suspense Novel, and a Reviewers' Choice Award Winner. FACE TIME and AIR TIME are IMBA bestsellers and the latter has just been nominated for an AGATHA award for Best Novel of 2009. DRIVE TIME earned a starred review from Library Journal. Hank is on the national board of Mystery Writers of America.

Hank stopped by to answer a few questions...

Growing up, did you ever think you’d be an investigative reporter?

Definitely—not. You know, I have a funny juxtaposition of desire to be in the spotlight—and sheer terror of being in the spotlight. I love my job in TV—and have to go live and unr 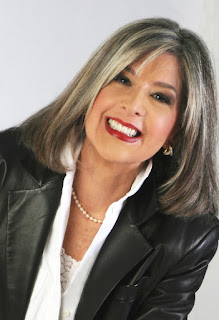 ehearsed all the time. Confession: I’m still terrified every time. I want to be perfect, and when you’re on live, you can’t possibly be. That’s one reason why I love investigative reporting—there’s more time to work, and dig, and polish, and produce, It’s like making a little movie, and I can make it as perfect as possible.

Anyway, my sisters and I used to create musical shows when we were all young, and perform for our parents in our backyard. I did acting in high school and college. I wanted to be a DJ on the radio for a long time! But I thought I would be an English teacher, or a lawyer for the Mine Workers union, or for awhile, a political activist.

(My mother, though, says she always knew I would be a television reporter—but I think that was just her way of rationalizing that all I did as a pre-teen and teenager was read books and watch TV.)

I knew from my first Nancy Drew that I loved mysteries. Nancy was my first best friend—I was a geeky unpopular kid, and it was such a relief to go home and hang out with Nancy. She was smart, and made it be okay to be smart. She was confident and inquisitive and resourceful. I loved that. But being a TV reporter was not in my sights. Little did I know!

How did the character of Charlotte ‘Charlie’ McNally come about?

I have NO idea. She was born when I got a weird spam in my email. It was what looked like lines from a play by Shakespeare. I thought--why would someone send a spam like that? And it crossed my mind--maybe it's a secret message.

I still get goose bumps when I think about it. And I knew, after all those years of wanting to write a mystery, that was my plot. And that turned out to be the Agatha-winning PRIME TIME. But Charlie? Well, I knew I had a good story, but who would tell it? A television reporter, of course. And she just instantly popped into my head. Named, fully formed. I knew her perfectly.

The other characters were more difficult to get to know. But now, Charlie surprises me a lot! And I love when that happens.

Is she anything like you? Has she ever done anything you wouldn’t do to get your story?

When my husband talks about Charlie, he calls her “you.” As in—when “you” are held at gunpoint, when you track down the bad guys, when you solve the mystery… and I have to remind him, “Sweetheart, it’s fiction. It didn’t really happen.”   But a couple of things: I’ve been a TV reporter for more than 30 years, and so it would be silly in writing a mystery about TV not to use my own experiences. Think about it—as a TV reporter, you can never be wrong! Never be one minute late. Never choose the wrong word or miscalculate. You can never have a bad hair day, because it’ll be seen by millions of people! It’s high-stakes and high-stress—literally, people’s lives at stake--and I really wanted to convey that in the books.   And everything that TV people do and say in the books is authentic and genuine. (Of course, Charlie can say things I can’t say, and reveal things I can’t reveal.) We’re both devoted journalists, and over-focused on our jobs.

But Charlotte McNally is different, too. She’s single—I’m happily married. She’s ten years younger than I am, and so is facing different choices and dilemmas. She’s braver than I am, certainly. Funnier. And a much better driver.

What is your advice to fledgling writers and journalists?

For journalists: Don’t be afraid. Be very afraid. Be scrupulously careful. Think. And think again. Never give up.

For writers? On my bulletin board there are two quotes. One is a Zen saying: “Leap and the net will appear.” To me, that means: Just do it. The other says “What would you attempt to do if you knew you could not fail?” And I think that’s so wonderful—just have the confidence to carry on. Writing is tough, arduous, not always rewarding in the moment—but no successful author has ever had an easy path. When you hit an obstacle, pat yourself on the back. You’re a writer!

Thanks, Hank, and we wish you continued success with your novels!
Posted by Wendy Tokunaga at 8:58 AM