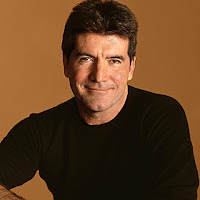 One of my pleasures is watching American Idol. Notice I didn’t say guilty pleasures— I refuse to suffer guilt over any of my pleasures. At any rate, I’ve been watching the show since the very first season, and have rarely missed an episode. I don’t consider AI a reality show; it’s simply a singing contest, right out of Star Search or even the Ted Mack Amateur Hour. And one of the reasons I enjoy it is because I have participated in a number of singing competitions (albeit Japanese ones). Japan has always been a land of musical contests—my first trip to Tokyo was the result of winning a prize in a songwriting contest sponsored by a Japanese record label, where I was able to sing my song in the final competition (I ended up with the Best Spirit ranking, not the Grand Prix. Alas, I did not become Japanese Idol). Knowing first hand the pressure of performing under such circumstances allows me to relive this vicariously while watching Idol. I’m amazed at the poise of some of the very young contestants. It’s also exciting to see fresh new talent (I generally skip over the train wrecks, which don’t interest me).

But watching AI over these recent weeks as the show has been going through the motions of accumulating its Top 12 for the season (which turned out to be a Top 13), I realized another reason why I like it so much; it proves time and time again how subjective the music industry is and in turn also mirrors the experience writers have with the publishing industry. It’s very much like trying to get an agent for a book or a publishing deal—often there is no rhyme or reason as to why some books get chosen and others are left in the dust. Why, oh, why, viewers moaned, did Jasmine get picked over Jesse when the latter has such a better voice? Jasmine, as new-judge Kara DioGuardi likes to say, “has the whole package”— young, cute, and commercial (she was voted off by the public, however). Jesse was older, quirky, and probably wouldn’t be a big seller. Megan is quirky too, but she made the Top 13 because she’s blonde and beautiful. Bloggers are asking, have the judges been too easy on Scott because he’s blind? Maybe so, but what a hook: a curly-haired guy with an angelic face who doesn’t appear to be vision impaired.

Perhaps I find comfort in Simon Cowell's harshness since I've weathered so many rejections. For all the hype and glitz of AI, a lot of it mirrors real life, whether it be that not all dreams come true or that sometimes those that do don't turn out as planned, or the old adage, be careful what you wish for. As an AI contestant or anyone trying to make it the arts you have to be flexible enough to roll with the punches and possess the right doses of realism, optimism, and pessimism and develop a very thick skin.
Posted by Wendy Tokunaga at 8:17 PM

You know I love music and I love to sing, so I've tried to embrace AI - I must be the only person who doesn't watch it. I loved the casting of Grease on "You're the One that I Want" - the criticism there seemed well-rounded and positive. I don't know - it just had a different feel that I don't get from AI. I'm so sorry I don't love this show.

Thanks for your comment, Kathy. There are a lot of people who don't like AI for many different reasons. I never saw the Grease show so I can't compare, but as I said in my post I think the AI criticism is realistic, if not well-rounded and positive. I guess I'm a bit warped to take a kind of comfort in it. :-)