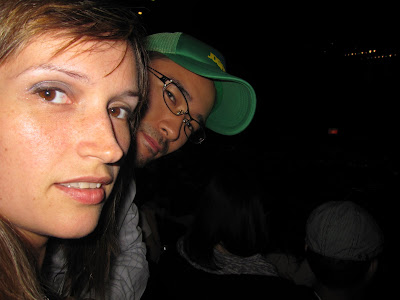 Laura Aoyama has lived in Gunma prefecture with her husband Yusuke and their two children for going on five years. I found the answers to her questions quite interesting (and relatable!) especially about her fascination and frustrations with Japanese culture, which as she so astutely states, “go hand in hand.”

Where and how did you meet your husband?

We met in Gunma where I was doing some temporary substitute English teaching. This was quite unusual, as I worked as a trainer in Tokyo, but it was a busy period, so all of my substitute teachers were busy. He came into the school as a prospective student.

Did you know anything about Japan or Japanese culture prior to meeting your husband?

I had lived in Japan for three years prior to meeting my husband, so yes. Although I knew little of Japan before moving here. I was born in the U.K., but lived a little in France, and 3 years in Germany before moving to Japan.

Had you ever envisioned that you might marry a person from another culture?

I thought it may happen, as I love traveling, and have spent most of my adult life living in countries other than my home country.

What are the challenges of living in Japan?

Wow, where do I start?!?! Firstly, living in a major city, and living in the countryside here are two very different prospects. Having lived in Tokyo for three years, I have to say that the comfort level is much higher than out here in Gunma. However, this is something that is the same in any country. I would say my biggest challenge is language, and cultural communication. As they say, language is only a very small part of communication, so once you get through the words, learning the hidden messages within the Japanese culture becomes a second challenge. Other than that, I have found since I became a wife and mother especially, social expectations are elevated.

What kind of social expectations do you face now?

I am expected to participate in P.T.A. meetings and events just as any other Japanese mother. I imagine, as a single person, I didn't belong to a Japanese group, as such, but as a wife and as a mother, I am seen to belong a little more, I suppose. I am seen as a "mother", which I think makes people feel comfortable to group me. I don't feel pressured, because I don't do group mentality and , and love to retain individuality! Sometimes, this frustrates my husband a little bit though, so that's where the challenge lies!

Do you and your husband speak Japanese to each other?

We used to speak a mixture—pidgin English. But since having my daughter, I always only speak to her in English, and my husband speaks to her in Japanese as a way of distinguishing the two languages. So we often find that continuing in our private conversations, as she is old enough now to mimic us and I don't want her to get confused between the two. Although I'm sure my husband speaks more English to me as my Japanese vocabulary is fairly limited.

Do you and your husband have any communication problems that have nothing to do with language?

Yes, yes and yes! Our expectations of things are often very different, so we have to be very clear about things. I'm not sure if this is a cross-cultural thing or not, but Japanese roles of husband and wife are a lot clearer. This is considered good because it eliminates confusion, but I have always been quite individual and not really role-orientated, so we often both get the wrong end of the stick with assumptions and this also often leads to arguments!

What are some of the most challenging aspects of your cross-cultural marriage? Rewarding aspects?

As I said above, finding a balance with expectations. The rewarding aspects have to be that nothing is ever boring! We learn a lot from each other and I feel that I have helped my husband to think a little more outside the box, and he has helped me to understand the thinking INSIDE the box. As for our children, in my opinion, being bilingual, traveling overseas and learning about two different cultures is a great start to life!

What attributes do you feel are most important for a successful cross-cultural marriage?

I would say understanding and respect of each culture. Whichever country you choose to live in, remembering that your partner’s culture is just as important as the one that he/she is living in. Also, trying not to blame everything on cultural differences. Sometimes it's just not!

Do you see your in-laws often? Do you live with them?

My mother-in-law and sister-in-law live a 10-minute drive from our place. We considered living with them for financial reasons, but I didn't want to lose my independence, and my husband felt a bit the same. My father-in-law passed away when my husband was a teenager, and he is the only son, so that means he has certain responsibilities as far as taking care of his mother, their land, etc. It's mainly for that reason that we live in his hometown.

What do you find fascinating about Japanese culture? Frustrating?

I go through phases of liking it and hating it. Fascinating and frustrating often go hand in hand. I find the false politeness nice when I just want to be spoken to nicely, but sometimes I crave directness. It takes a long time to do things here, but even then they are often not done correctly, so that can be frustrating. I am intrigued by roles and daily routines and habits, often wondering what my neighbour does on a daily basis, etc. I think Japanese culture is rubbing off and making me wonder what it is that I should be doing in my "role." Or maybe I am just nosey!

Thank you, Laura, for sharing your thoughts and experiences with us!

—Wendy Nelson Tokunaga is the author of the novels, Love in Translation and Midori by Moonlight. Get more information at: http://www.WendyTokunaga.com
Posted by Wendy Tokunaga at 8:57 PM